We finished reading the wordless graphic novel, The Arrival, which I had planned as an introduction to some of the central questions in a unit on immigration.

We came across these pictures early in the book. 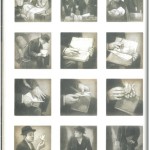 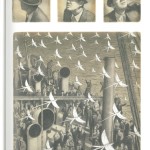 I’ve been trying to keep my mouth shut (at least for awhile) so I could hear the kids think. Here’s what they said:

“No, I think they are flying fish.”

“But they don’t look like fish, exactly. I think they might be a flock of birds that followed the ship.”

“I disagree. I think they are flying fish, too. I’ve heard of flying fish. They fly across ships sometimes.”

So, birds or fish? The class seemed split, but mostly on the side of flying fish.

Later, we came to these pictures. 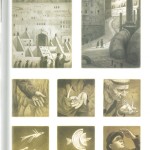 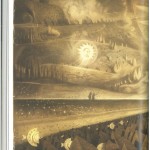 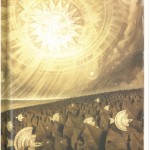 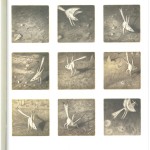 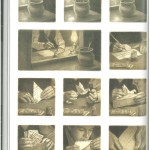 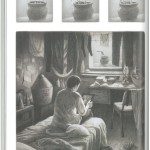 And then some kids said:

“Maybe the author wanted to show us a wish and had to think of a way to show it in a picture.”

“Maybe the bird is a wish that The Father sends out to his family. He wishes they could be there with him?”

“It’s like he sends them thoughts through the air to his family.”

“Remember earlier, on the ship, there were all of those flying fish? Maybe they were ALL wishes by all of those people thinking about the people at home.”

(ME: What do you all think? Wishes? Or something else?)

“Yeah! Remember that weird pet that acts like a dog? And all of those people have strange animal pets. I think the author wanted us to think of this as a place with lots of strange animals.”

I bring up this conversation because it is such a common one in our classroom. I have to admit that I have a bias toward the wishes thesis because it contains visual metaphor, and my brain really likes metaphors. (Yum. And more later, maybe, on why metaphors mean so much to me.)

I know that our classroom is clearly divided between those who increasingly look for language (or a visual image) to carry with it a figurative meaning, and those who see things more literally. Some see wishes. Some see fishes.

I suspect that one of the differences between these stances is how (or whether) one’s orientation as a reader faces toward building a generalization out of a particular–to ask the question that generalizes out of any particular circumstance. For example, the habit of asking this: What might these fishes mean if they weren’t simply fishes? A question like that admits from the outset that there is more than meets the eye, and offers the possibility of general ideas to emerge from the particulars of experience.

Do you have such a divide in your classroom? If so, what do you make of it? Are there any thoughts common to the Literalists, the Figurativians that might help me understand them better?

Why does metaphor even matter?

Or maybe it does.

Sometimes, when I listen carefully to the kids talk and I (try) to keep my mouth shut, I feel like I’m present at the creation. Lava oozes from the Earth, cools. Continents wander about slowly colliding, splitting, sloughing, accreting. A new world forms and reforms.

6 thoughts on “Wishes or Fishes? — Some Thoughts on Being Present at the Creation”