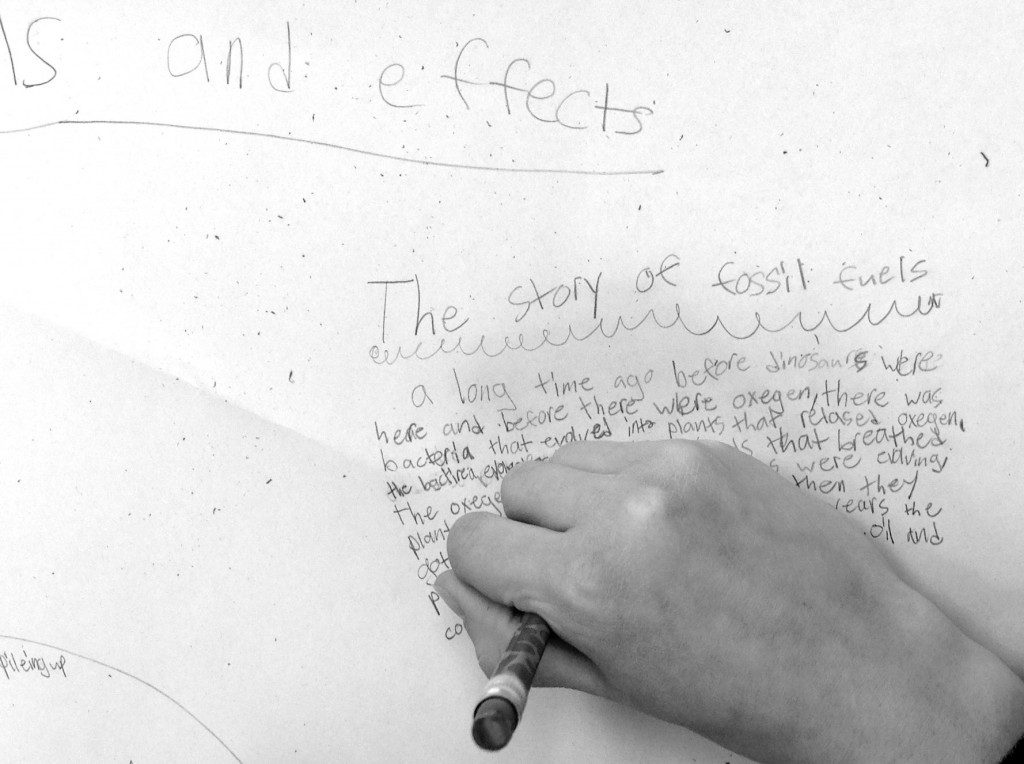 A student writes The Story of Fossil Fuels. This was an experiment to see how story creation could help kids learn scientific concepts. 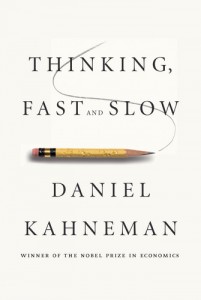 Last year I read Daniel Kahneman’s, Thinking, Fast and Slow, a book about the two main thinking pathways in the brain. As I read the book, I couldn’t help but think about the implications of this work for my teaching. One of Kahenman’s main points is that our brains are basically wired to create stories; we almost can’t NOT create them when presented with new information. The reasons for that are fascinating, and have to do with how much effort it takes to hold information in our working memories. But one takeaway from that work, for me, was that stories are a device to help us to see, and to remember, the relationships among large amounts of information. 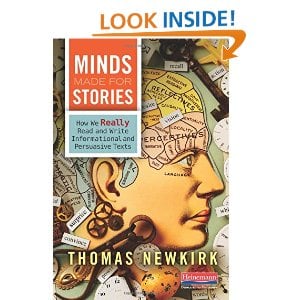 Recently, I read Tom Newkirk’s book, Minds Made for Stories. He was also fascinated by the power of stories and how this is linked to who we are as humans. In a short conversation with me at the NCTE14 (thank you Vicki Vinton, for introducing me!), Newkirk conveyed his sense of awe at just how automatically we create stories, and what that might mean for how we read and write expository text.

Newkirk’s book is a great read and has formed the backbone of some of the teacher-inquiry that I’m doing in my classroom these days.

If our minds really ARE made for stories, then what does that mean for how I teach science? (Or reading, or writing…?) What if I offered students some compelling stories (or some compelling problems or questions) and then, crucially, cleared space for them to create and revise stories in class? What if these stories could become the containers for the new information they were learning? Might clearing space for learners to create stories be time well spent?

In a previous post, I wrote about reading together Molly Bang and Penny Chisholm’s, Buried Sunlight, in science class.1 As a culminating activity, in lieu of a “test” taken individually, I decided to give the kids a large piece of blank newsprint to be filled as a small group.

I gathered them around and outlined their task: tell me the story of fossil fuels, where they came from and what their presence means for us today. We brainstormed some key ideas that might need to be included in their story. Ideas like these — buried underground, plants, plankton, millions of years ago, carbon chains, photosynthesis, Sun’s energy — emerged from our short brainstorming session.

Then they set to work in groups of 3-4. My work was to roam the classroom helping groups figure out the big ideas they wanted to convey, how to work on a project like this effectively in a group, and to prod and probe their thinking as it evolved. I also documented their work through notes and photos. 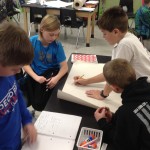 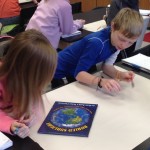 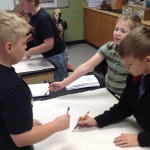 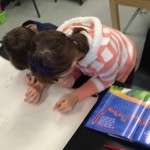 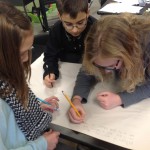 What I observed was learning that deepened the more they dug into the task. I saw children grappling with how to put the ideas they had heard (and seen) through the interactive read aloud into their own words and their own drawings.

As they told and retold the story to themselves, they discovered parts of the story that did not hang together, places where they could not explain the cause of an effect, or a step in a process, or describe well enough the world they sought to draw on the paper. That brought them back to the text — one copy for the entire classroom! — which they gathered around to re-read and re-interpret.2

The posters that emerged were different, though the story was the same. As they presented their work to each other (we did a gallery walk around the classroom) the students remarked on these differences and looked closely at the drawings that each group had produced. 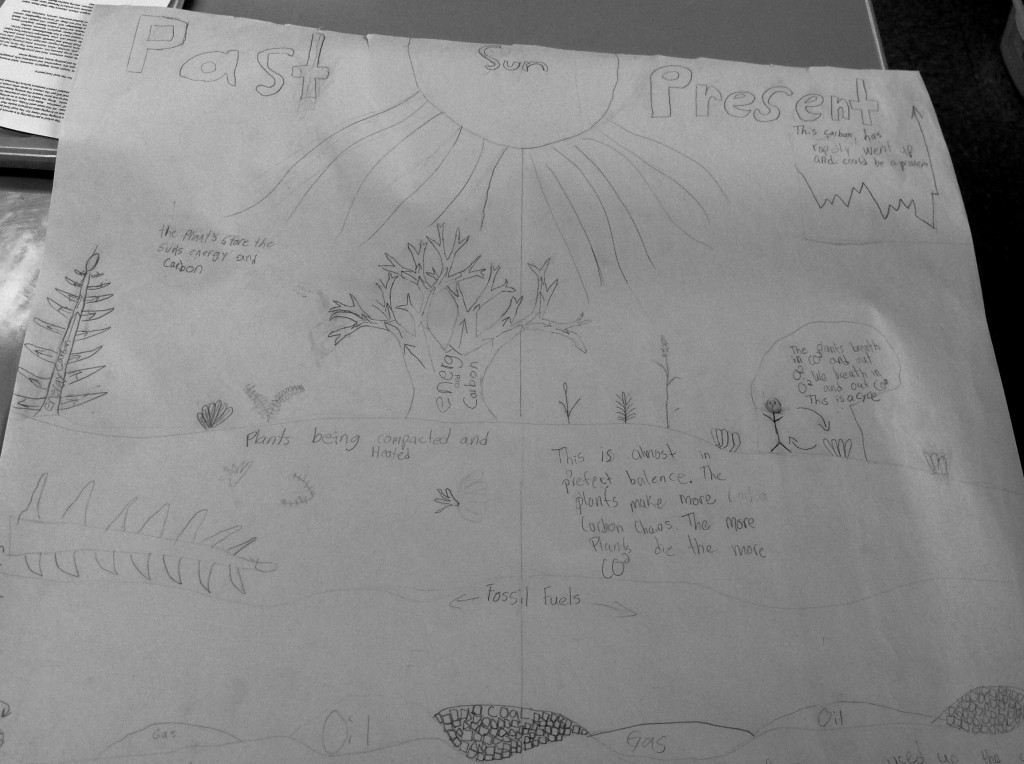 Here’s one example of the posters that emerged from this activity. As the process went on, the blank paper provided a space to deepen the thinking by linking ideas to each other, and by adding details to explain key ideas.

The other adults who come into our classroom and I felt that this activity helped ALL of the children reach a deeper level of understanding. Did everyone understand everything at the same level? No. But those who struggled with understanding the information came to see the links between the pieces of information to a greater depth. I think it was because they got the chance to place the information in the context of a story that the relationships between the parts were made more explicit. And, because it was done collaboratively, the children couldn’t just tell any story (perhaps filled with inaccuracies and gaps), they had to tell a version that “held up” to the scrutiny of their community of scientists, their fellow classmates.3

I came away with a greater sense of how important it is for me to make the stories in science class very explicit, to highlight, not bury, the problem, conflict, question, or oddity that brings us to study what we are studying. But I also learned that I need to clear space for the children to put their ideas into words, and, crucially, to give them the opportunity to collaborate and revise as they create the stories that will become the vessel that contains the new information they are learning.

9 thoughts on “Tell Me a Story, Putting Ideas into Words in Science Class”