As readers of this blog know, I sometimes chafe at the gradual release model that emphasizes teacher modeling and a release of responsibility to the children for the task; this is the “I do, We do, They do” model. It’s not that I think the model is wrong or flawed, it’s just that I tend to want to just jump right in to the “We Do” part, and skip the teacher modeling altogether.

There are probably several reasons for my discomfort. I have been influenced a lot by some newer thinking in math instruction (ala Dan Meyer at dy/dan blog) where students start right away working their way through a problem, often even to the point of gathering the information they need to solve the problem. Teacher modeling happens later, if at all. Also, the (now old) 5E model of science instruction immerses the learner right into the event or question to be learned. The exploration is designed to engage the learner in real scientific content. The general scientific principles are sorted out later as a way to explain what just happened. And in the field of reading , Vicki Vinton and Dorothy Barnhouse’s book What Readers Really Do, and Vicki’s recent blog post (“When is a scaffold not a scaffold?“) have stretched my thinking about how to design learning with children’s thinking at the forefront of my mind.

Probably, also, my aversion to teacher modeling comes from the boy in me that just wants to get to it and cut the talk.

But that champing-at-the-bit also comes mostly from the fact that I learn so very much from the children about what they are thinking when we jump into a task together. Why obscure their thinking with my teacher-model? I lose a valuable source of information.

Such was the two-way learning last week. My goal was to introduce the children to the idea of finding text evidence to support an interpretation. The text was a delightful poem by Joyce Sidman (“In the Almost-Light”) from her fantastic book: Butterfly Eyes and other Secrets of the Meadow. 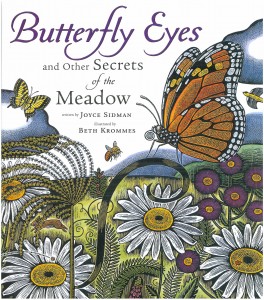 Rather than show the children how to do it, I set them to the task by introducing them to the idea that readers and writers are in a kind of delayed conversation, and the text is the place that conversation starts. Amazing things happen inside our hearts and our heads through the words that appear on the paper (or screen) in front of us. (Strange to think that words from someone we’ve never met might have such a profound impact on us, isn’t it?) 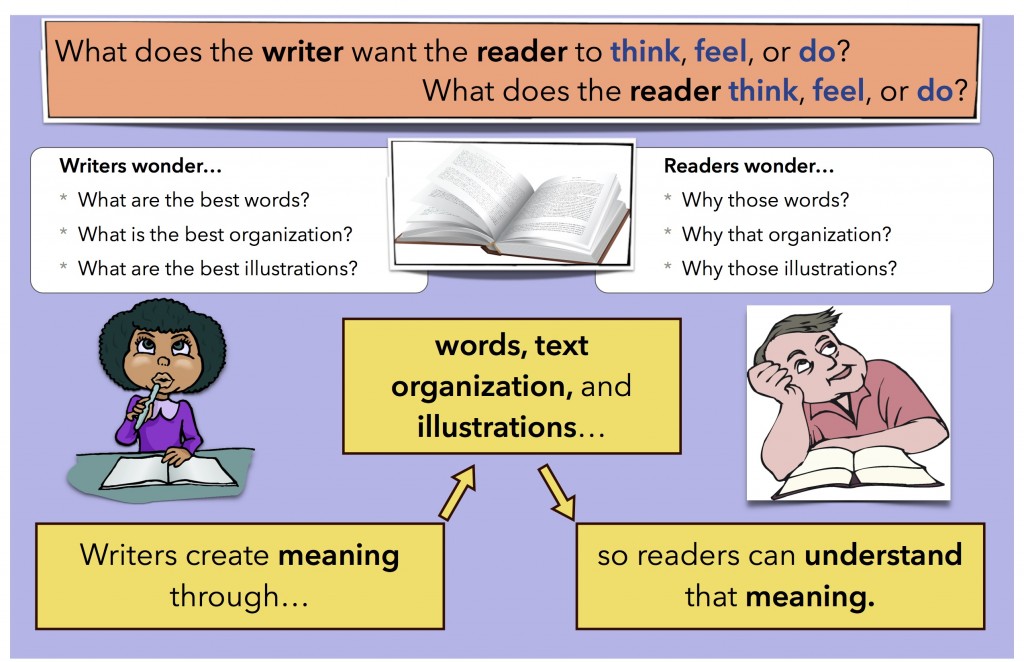 With that in mind, I asked the children to listen as I read Sidman’s poem aloud to them. (Typed, not copied, so as to focus their attention only on the words. And isn’t that artwork gorgeous?!) 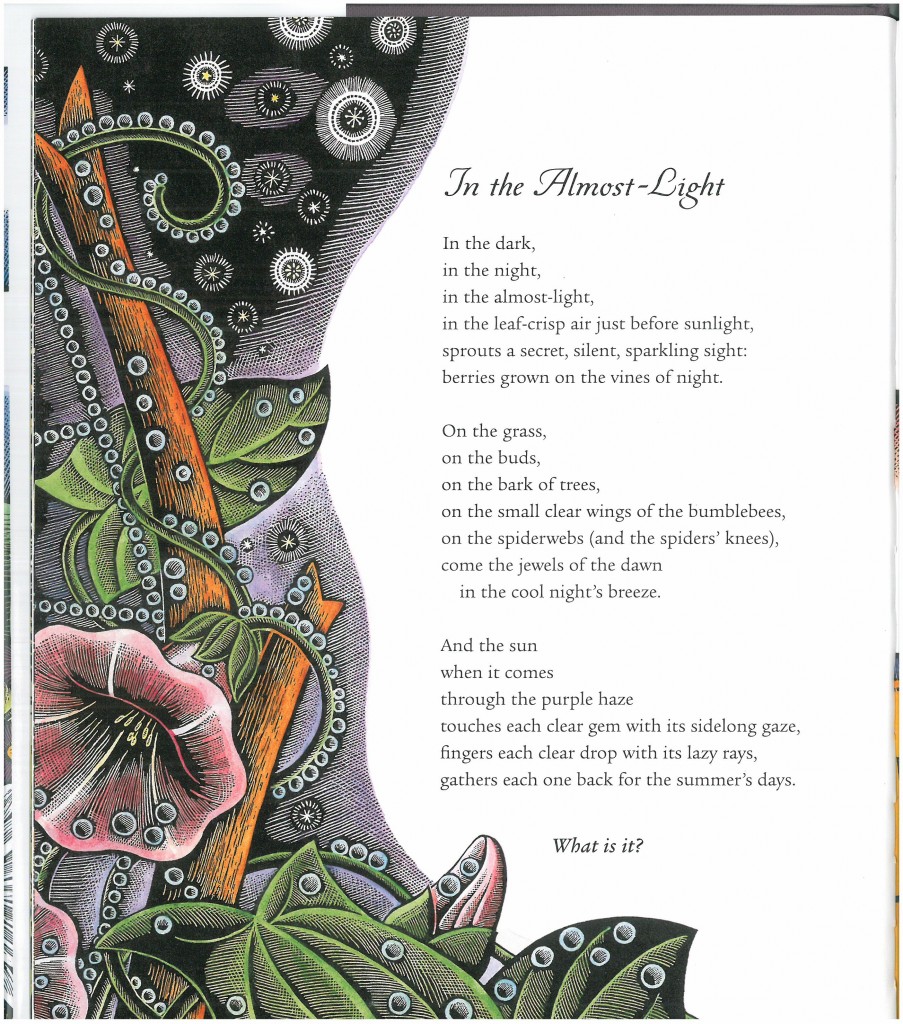 After the third read they were to try to figure out the answer to the question, and circle words or phrases that helped them figure this out. Basically, they were to justify their thinking.

As I circulated through the room I talked with children about what they were noticing and what they thought the poem might be about. The answers ranged from nuanced to clueless. I was especially interested in why children were stumped. My conversations revealed what I thought might be an initial difficulty seeing the poem as having a time and place, something that I could clearly see, but was much more opaque to the children. There were other problems, but I thought we might be able to take this problem on quickly. Without watching them struggle, I would never have known this.

My next teaching move was to pull the children back for a short discussion about this question: What time is it in the poem? How do you know?

Several had no clue, but many offered either dawn or dusk, using the “Almost-Light” in the title as evidence. Those that thought dusk focused on the first stanza (“In the dark/in the night”) without trying to resolve it with lines like these: “in the leaf-crisp air just before sunlight.” But others did notice those later lines, and pointed out that the poem couldn’t be about dusk because of those other words. In a short time, the class came to consensus that the setting for the poem was dawn based on the fact that there was so much more evidence for it than for dusk. And the students got some good, quick experience drawing (and revising) conclusions while citing text evidence for their thoughts.

Having seen this peer thinking work bring along other classmates, I realized that my next move would be to form quick groups to compare our thinking about the poem. As the triads talked, I again circulated through the room listening and probing their thinking with this question: How do you know?

It was fascinating to hear the groups move from a wide range of options — ranging from butterflies to night to all manner of creatures — toward a consensus (reached independently in disparate groups) that the poem was talking about early morning dew.

The period ended and we had a long Labor Day weekend. On Tuesday we came back to school and one of the first things we did was revisit the poem. I asked the children to declare themselves and to cite some evidence for why they thought what they thought. Here are some of their answers. 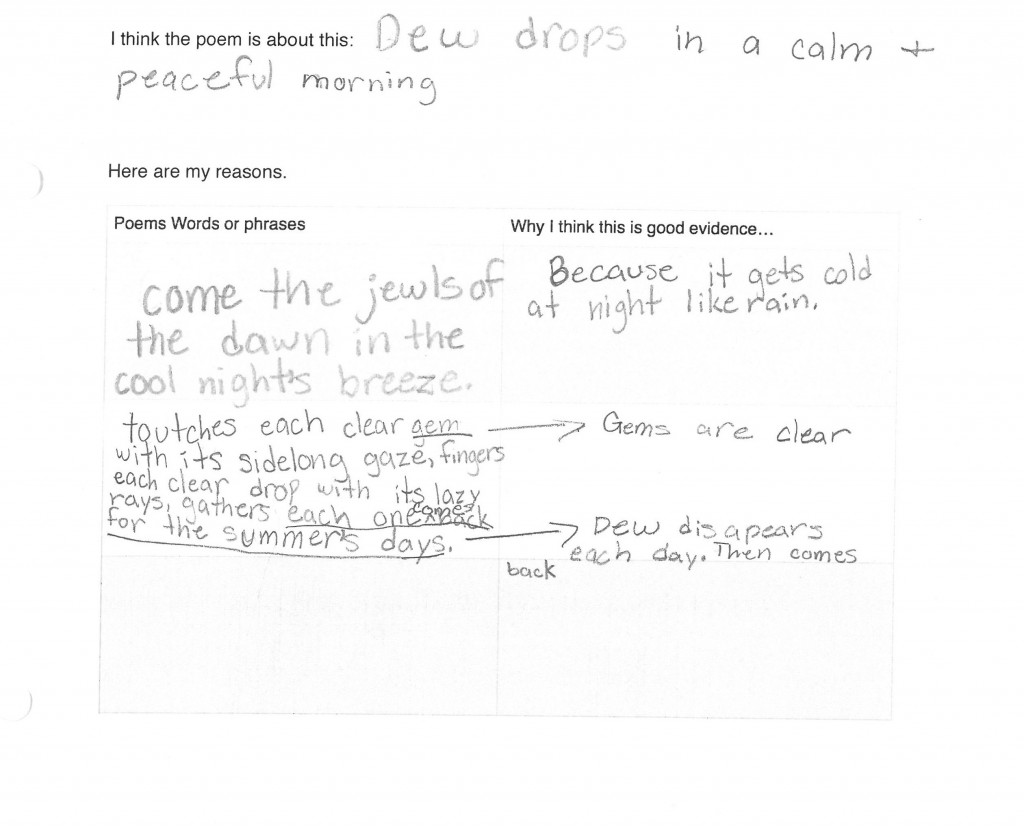 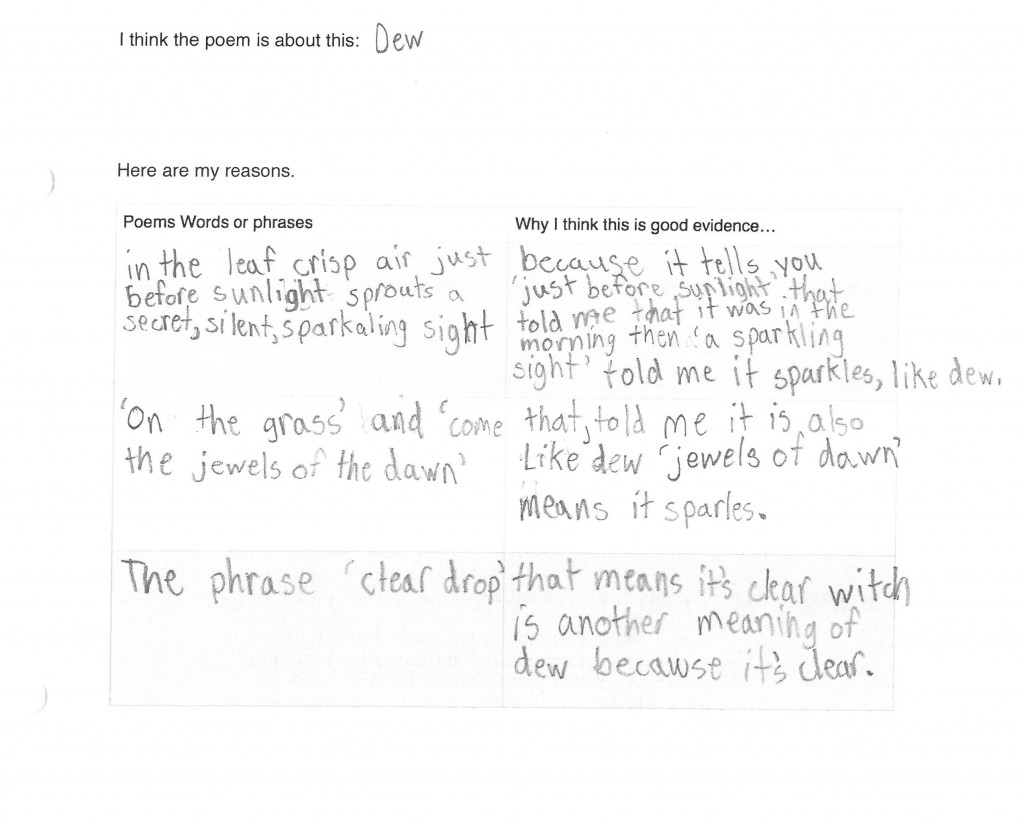 I was pleased with the thinking the children were able to do, especially so early in the year. I was glad that I did not model for the students how to find text evidence, which I think is actually a pretty easy concept for them to grasp, since they are used to using evidence to persuade adults about all manner of things. What I think I discovered through this exercise was that the problem arose because the children were not used to seeing the text as having a unity of purpose (they didn’t see it as communicating a central idea or feeling) so they grabbed bits and pieces of words to form their conclusions. Conversation with peers and time helped them extend the scope of their thinking beyond the first thing they saw or thought.

I would never have learned these things about the children if I had started out talking and showing, rather than listening and asking. Now, with my new knowledge about how they think through text, I can “name” what readers really do and design more learning so they can practice those habits.

13 thoughts on “What I Learned by Listening First”